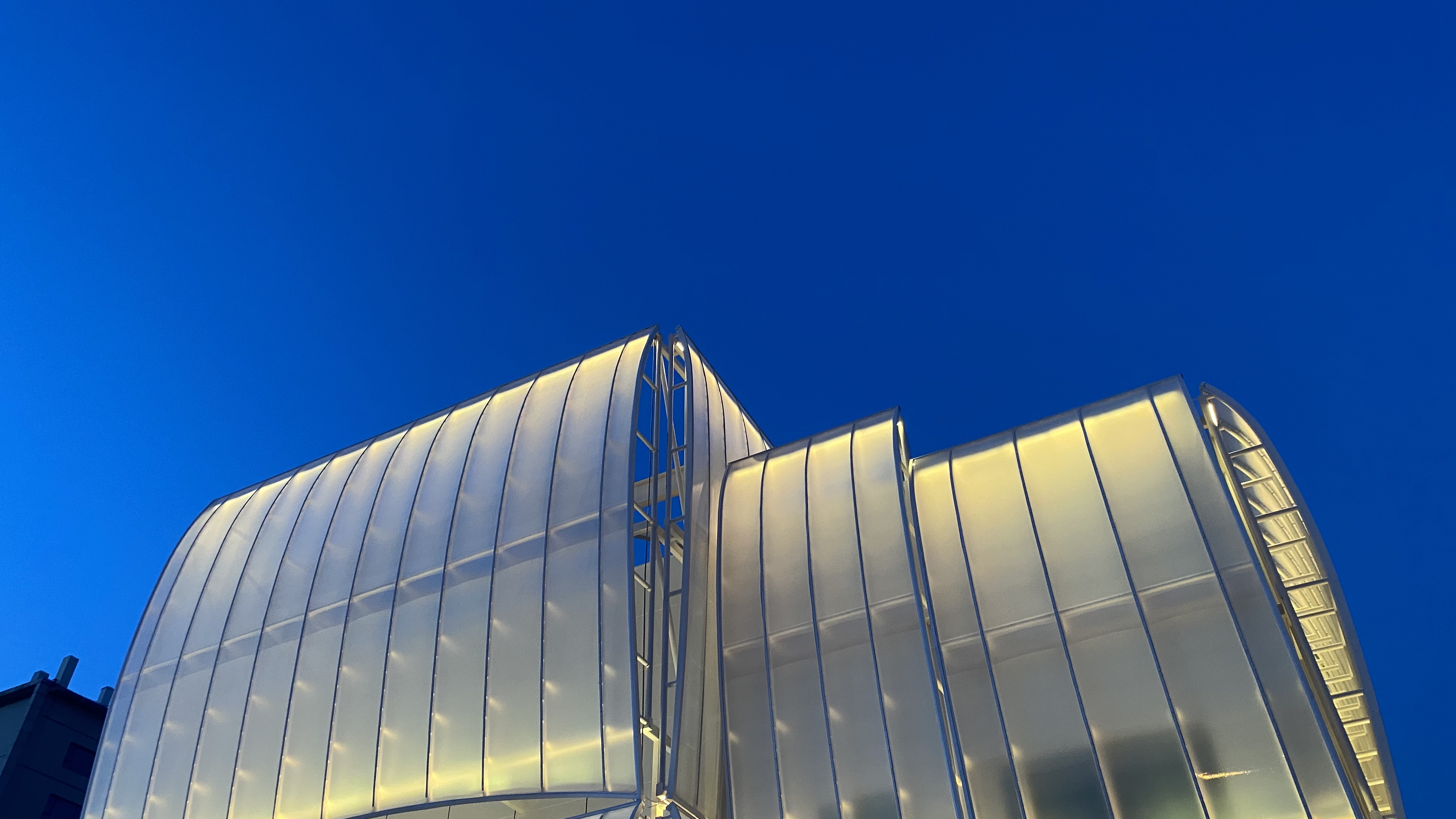 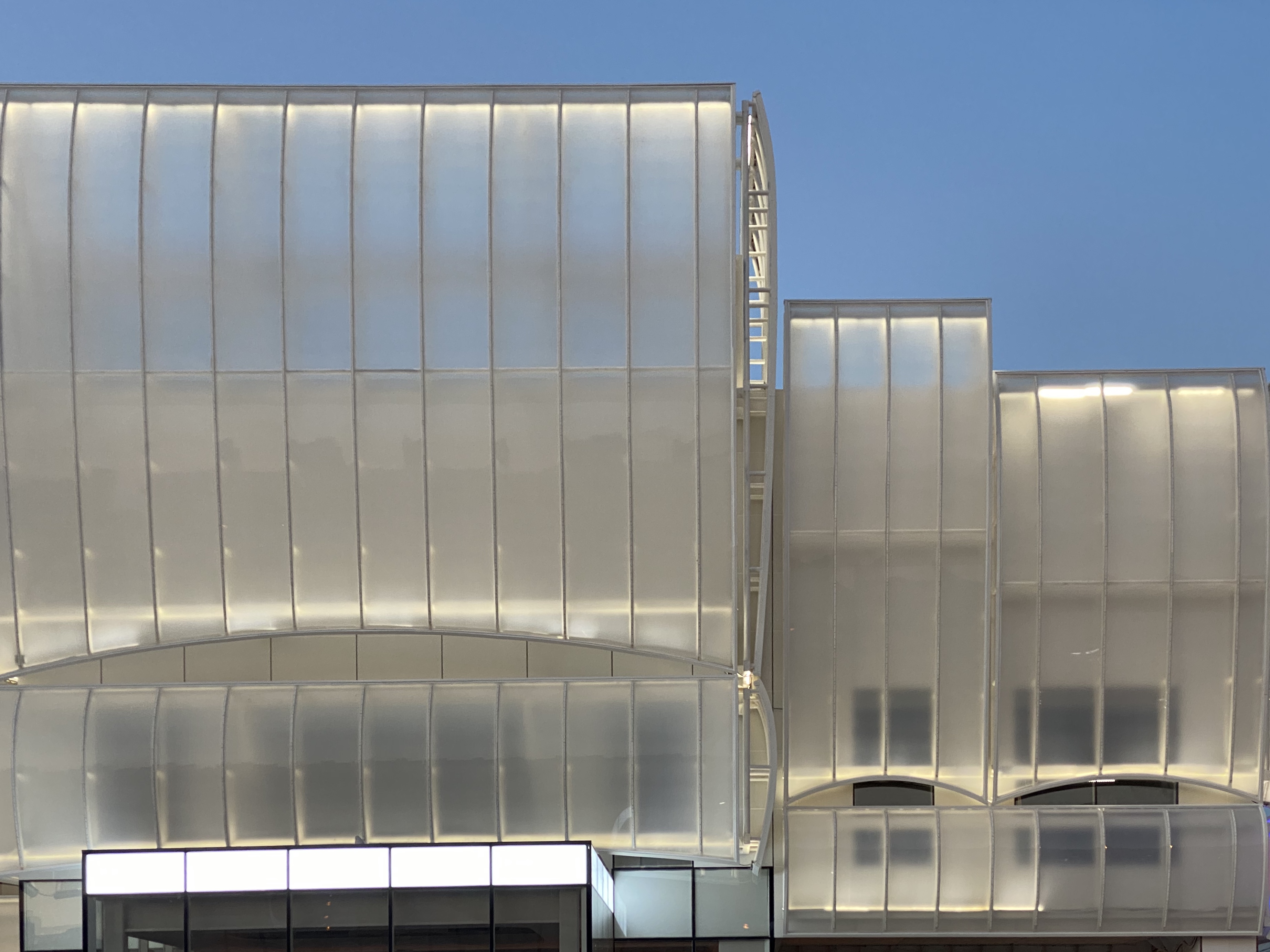 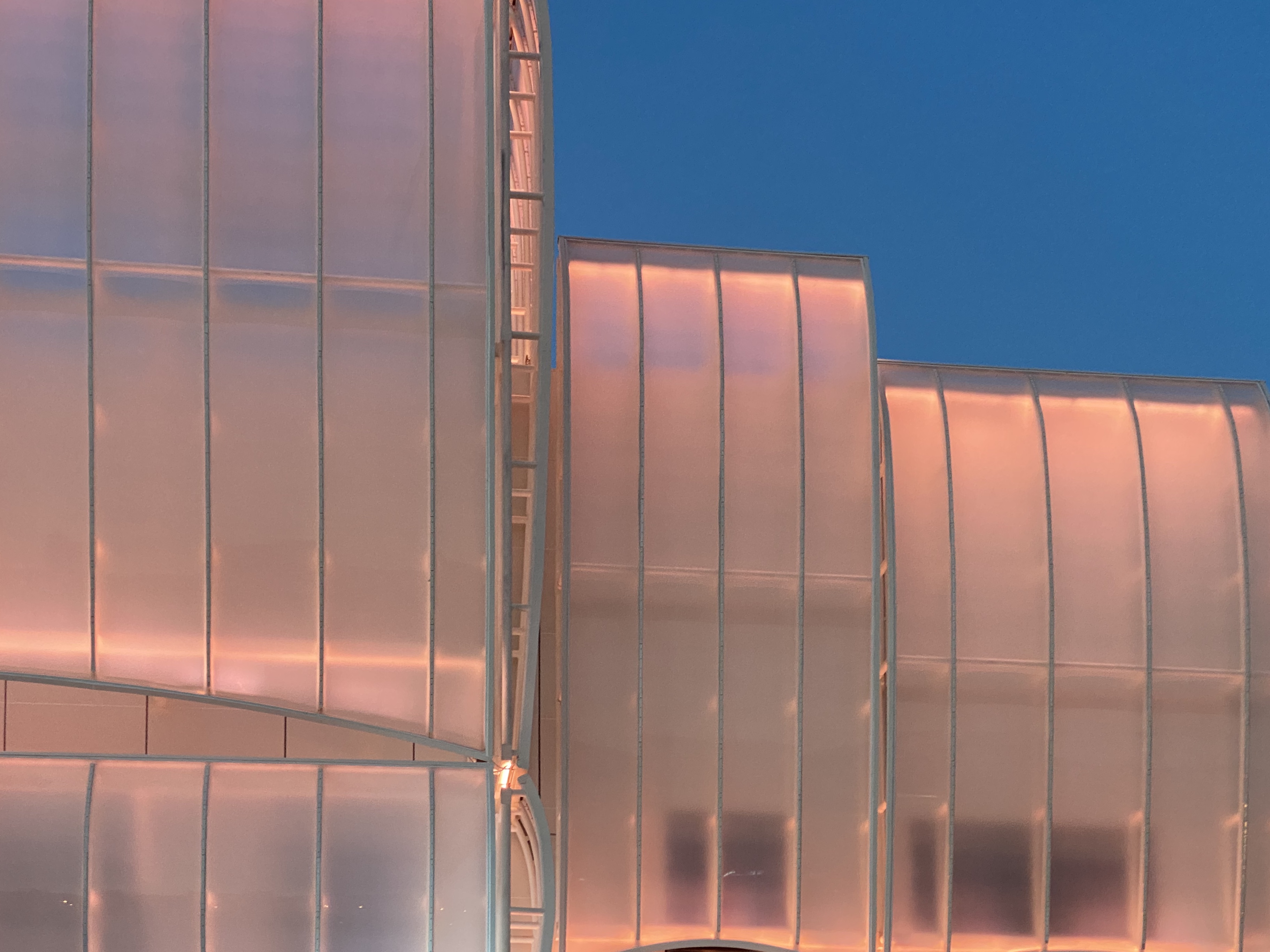 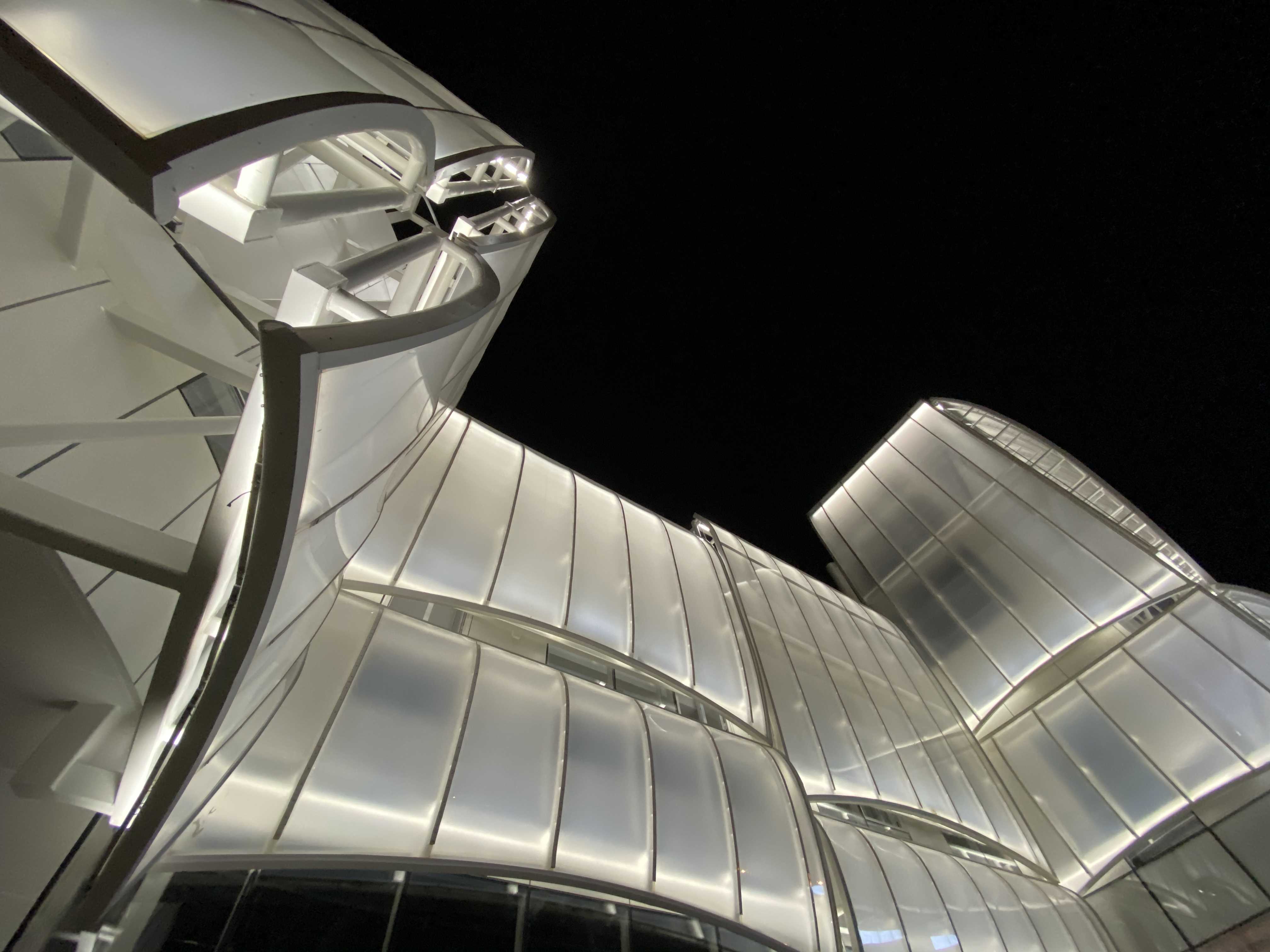 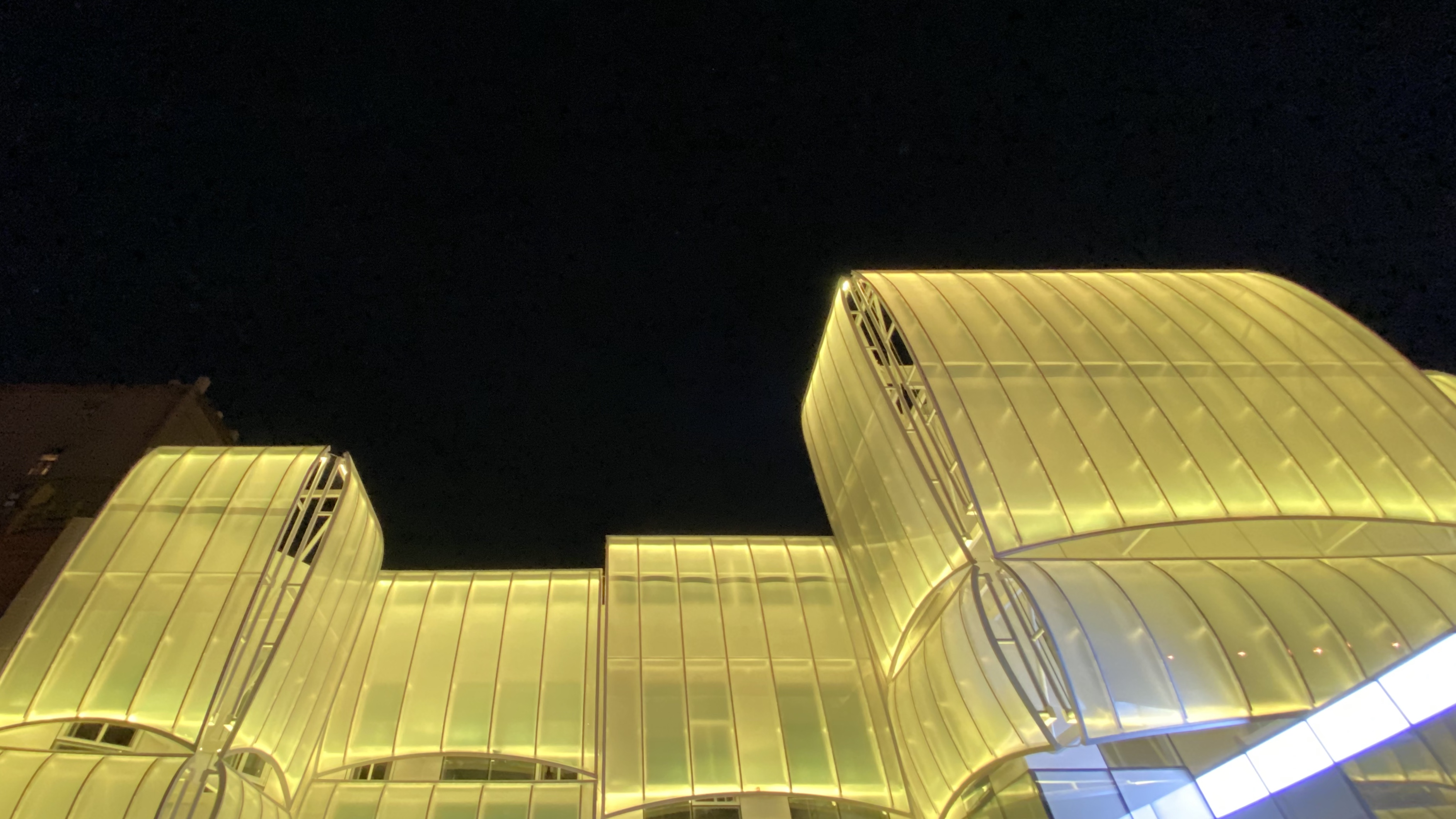 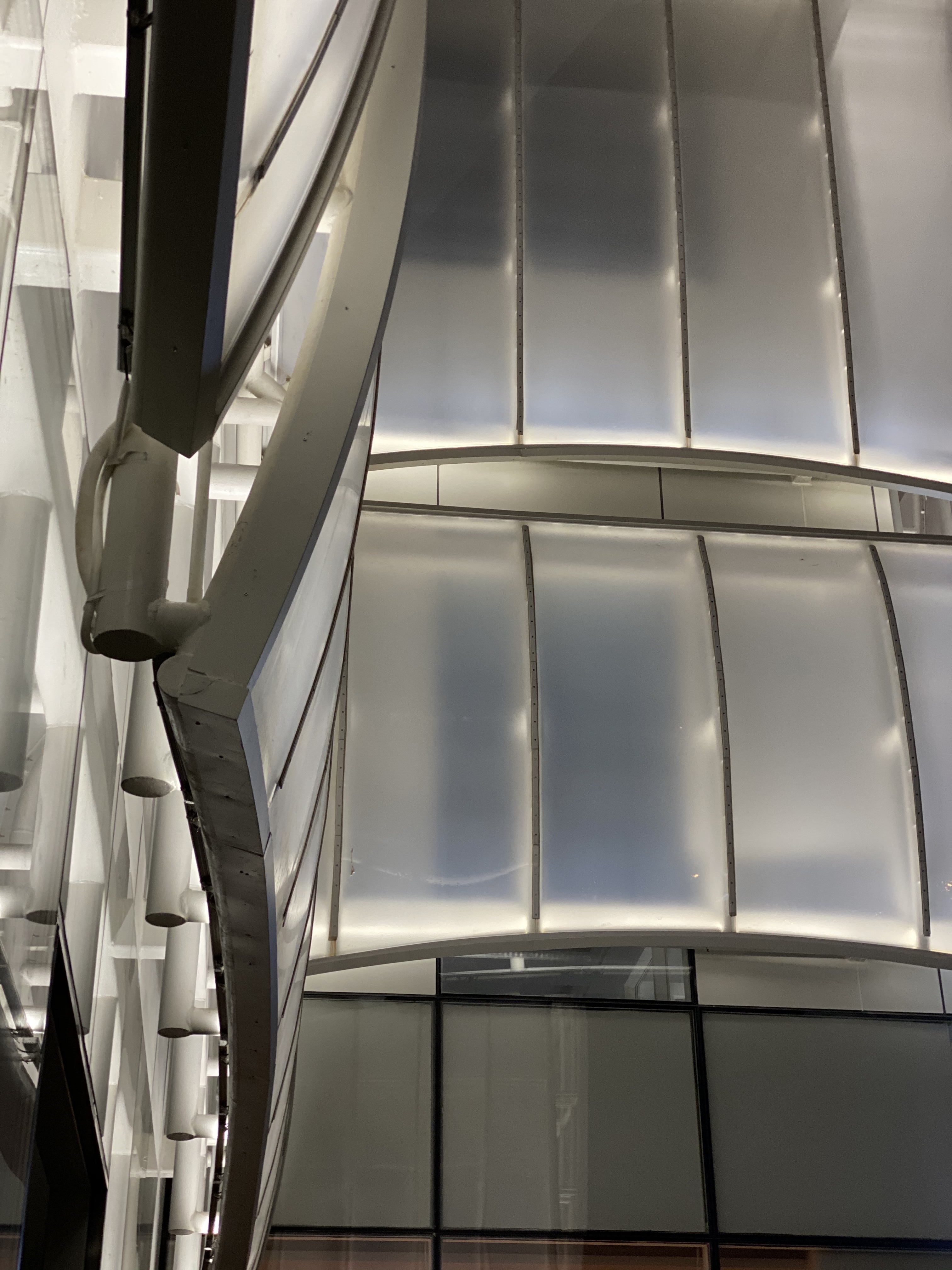 The plot is located at the intersection of Haihe River and Yongding Xinhe in Tianjin. The demonstration area is 15 kilometers away from Tianjin Station and 26 kilometers away from Tianjin Binhai Airport. The city exhibition hall is located on the southeast side of the demonstration area. The architectural landscape traces the source of the Lu River and sets sail -taking Beicang Future Port as the design core, we built the Vanke Ark of flagship class.

The lighting design takes "Rainbow Light" as the design theme, showing the emotional concept of salvation and the future.

The light lines at the entrance of the exhibition area contours the outline of the landscape, which is capable and neat, and full of modern sense. It is matched with the hazy dreamy perforated board to show the order of virtual and reality.

The big fish in the landscape is outlined with dotted lights, as if the big fish jumped out of the sparkling water, the light moved with the shadow, and the shadow followed the light.

The external facade of the exhibition hall uses ETFE film. The lighting mainly emphasizes the permeability of the inflatable film. The lamps are installed behind the film, which normally presents a clean and transparent white lighting effect. At the same time, the RGB light color of the lamps is increased to meet the requirements of the festival. In response to the requirements of the surrounding environment, the color of the light changes accordingly. After each set of inflatable membranes, the upper and lower rows of linear floodlights are designed to illuminate opposite each other to ensure the uniformity of the light effect on the facade. In addition to the membrane itself, the structural truss at the rear has also become a very important light-carrying system. In order to pursue the best visual effect, the curtain wall is sprayed with white color to create favorable conditions for the lighting effect and increase the level of the overall lighting effect of the building.

At night, light gives the building a new look, it becomes more agile, more transparent and more exciting. With the help of the brightness of the lights and the power of the wind, with the water as its course，the whole project sets sail.